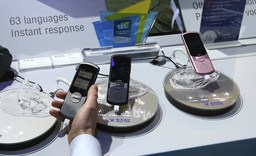 The United States is blacklisting a group of Chinese tech companies that develop facial recognition and other artificial intelligence technology that the U.S. says is being used to repress China's Muslim minority groups. A move Monday by the U.S. Commerce Department puts the companies on a so-called Entity List for acting contrary to American foreign policy interests.