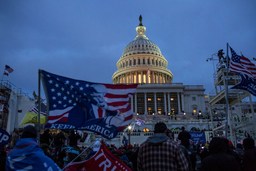 On January 6, a violent mob stormed the Capitol of the United States, disrupting the joint session to confirm Joe Biden's victory. The incident left five people dead, including a member of the Capitol police who was crushed to death in the mele.