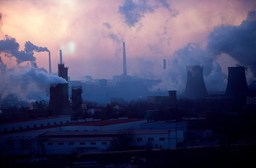 The concentration of carbon dioxide emissions in the atmosphere reached an unprecedented level this month. Researchers at the fossil fuel giant Exxon saw it coming decades ago. Measurements taken on May 3 at the world's oldest measuring station, the Mauna Loa Observatory in Hawaii, recorded "humanity's first day ever with more than 415 parts per million [ppm] CO2 in the air," according to the United Nation's climate change Twitter account.