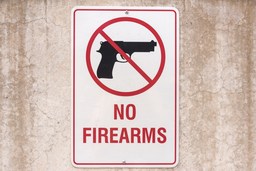 Connecticut State Treasurer Shawn Wooden announced a 'first-of-its-kind' framework intended to mitigate the damage sowed and subsequent costs incurred by gun violence. The announced policy, which must still be approved by an advisory board, would call for the divestment of approximately $30 million of stock holdings in five companies that are directly associated with the manufacturing of civilian weaponry and ammunition, and prohibiting future investments in such companies.