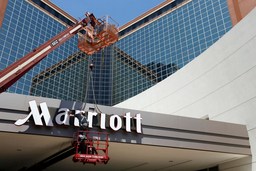 Several major companies on Monday said they planned to cut off political donations to the 147 members of Congress who last week voted against certifying the results of the presidential election, while other major corporations said they are suspending all contributions from their political action committees - a sign of corporate America's growing unease with the election doubts and violent attacks encouraged by President Trump.