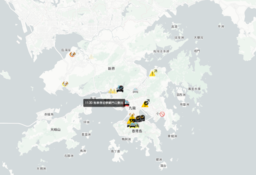 First it was rejected. Then it was approved. And now the iOS app of HKMap.live, a real-time, volunteer-run, and crowdsourced map of the city's protests, has been removed by Apple from its app store.